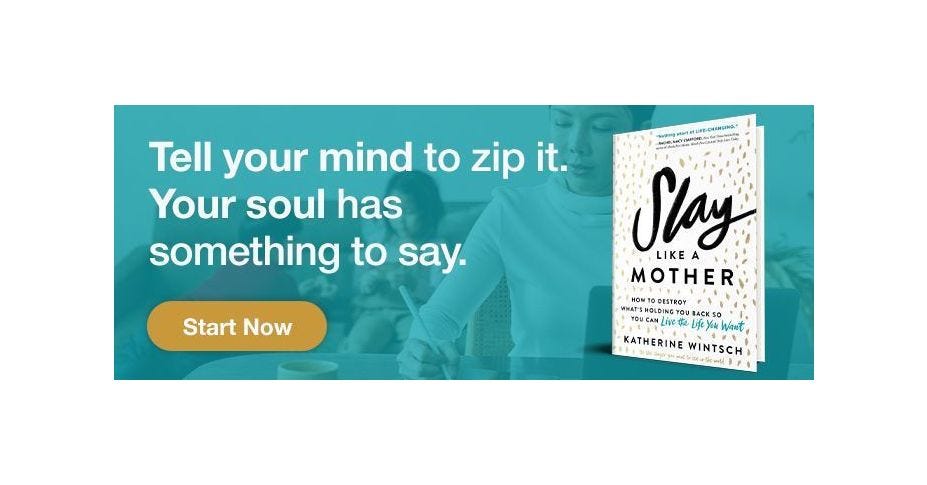 Writing a book has been a fascinating process.

I’ve been doing what I do as a marketing professional for so long that it often feels like I could do my job in my sleep (imagine how efficient that would be!). This, as you can imagine, brings tremendous mental stability, plus a few warm and fuzzy feelings to boot.

Learning to write a book, on the other hand, has been new and different and really damn hard most days. The laundry list of dumb questions I ask my agent, editor, and publisher is at least a mile long. It’s a miracle they still put up with me! Some days I feel terrified that I won’t hit the deadline, worried I’ll never come up with the contracted 75,000 words (that’s a real number) to describe the self-doubt living within mothers, and bone-tired from sitting at a computer for nine hours a day.

There is an upside to all this hard work, though. I like doing new things!

Being the least knowledgeable person in the room has been invigorating. I’ve never taken so many notes, asked so many questions, and had so many first experiences.

Take last week. I had a big meeting with my publisher. At one point, I found myself sitting in a huge conference room surrounded by the marketing, publicity, sales, design and production teams—and everyone was talking and excited about my book! It was crazytown.

I kept thinking that, as a little girl, I never could have imagined such an experience. I knew I wanted to be in marketing since I was 15 years old, but I never, in any fantasyland or afternoon of make-believe, ever imagined I’d be an author. So, when the head of the sales department asked me, “What does success look like, when this book comes out?” I was speechless.

Now that was definitely a first.

I thought about tossing out a really high number of books I’d like to sell—like 50,000–because that’s how my former, overly ambitious self would have answered the former question. But I didn’t say that, because it simply wasn’t true. So, I remained silent, chewing on my lip and trying to think of what to say. And then:

“To be perfectly honest, this meeting is my definition of success. The fact that I’m even sitting in the room with you means that the life I’ve lived and positive changes I’ve made for myself and thousands of other mothers is so special that you’re paying me to write a book about it. That is success to me. It means my life on this earth has mattered and will forever be in service of helping other women. I’m thinking that’s good enough for me.”

As soon as I said those words aloud, the negative voice in my head piped up and snapped that I sounded like a real wimp—an author with no ambition.

But, I shut that bitch radio down.

This was the first time in my entire career (or life, for that matter) that I avoided setting an insanely ambitious goal to chase and hunt down with all my time, energy, and effort, so that I could prove I was worthy. As I was speaking, it was honestly hard to believe that the words were even coming out of my mouth—words that basically said, I don’t care what happens in the future, because right here, right now, I’ve already achieved success, and I’m just going to soak it up.

Wow, oh wow. How wonderful it feels to live in the present and not use it to get somewhere in the future.

- By Katherine Wintsch, author of Slay Like a Mother