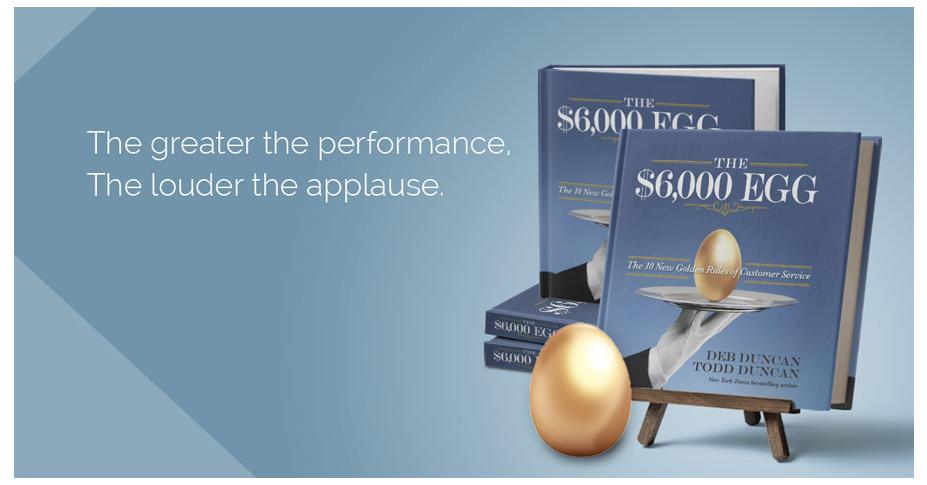 One Saturday, my wife, Deb, and I headed out to our favorite restaurant for an early lunch. It's a chic Newport Beach research and development kitchen that experiments with new menu items before putting them in their well-known chain of restaurants.

Their food and ambience are spectacularly perfect, and for more than two years, and during one hundred visits, the experience and service were always exceptional.

They have an incredible cheeseburger. That particular day, we'd already each had an appetizer and drinks when a new server came by to take our order. He described the day's special—a buttermilk and bacon waffle with Vermont maple syrup topped with a sunny-side up egg. It sounded decadent, but I had already worked out and had my heart set on a cheeseburger.

My wife loves a fried egg on top of her burger, so I asked if they could add an egg. Being Scottish, I also asked how much it would cost. The server said, "two bucks, but I'm not sure the kitchen can do it."

After checking, she said, "The kitchen can't add the egg. They're too busy."

The restaurant had just opened, and the kitchen was making sunny-side up eggs for the waffles. But when someone tells me something isn't possible, and my wife is involved, I don't give up easily. I waited a few minutes and ordered the same thing with another server who knows us well. He grimaced. "Let me see if the kitchen can do it." Same answer: "They're too busy and aren't prepared to do anything that isn't on the menu." We didn't get it.

We asked to speak to the manager. The minute she arrived, you could tell she was ready for a battle. No smile. No positive gestures. Just a simple, "I understand you have a problem."

I explained that I simply wanted a side order of an egg. She said, "We can't do that." I asked, "Why?" Her response was: "We only order a certain number of eggs per day, and we have to save them for our special waffle. If we don't have the egg, we can't sell one of our most popular dishes."

"So let me make sure I'm tracking here. I spend at least $6,000 a year at your restaurant, and I have one simple request for a two-dollar egg for my burger. You are telling me you can't make that happen because you only order enough eggs for your waffle dish?" She said, "Yes." I asked, "As a manager, wouldn't you rather be one egg short and throw away a waffle that probably cost you fifty cents to make than throw away a loyal customer who brings you $6,000 a year?" She said, "It's our policy."

It was clear to me at that point that the manager—and perhaps the whole restaurant—had no clue about the value of a customer. But she could still save the situation, if she wanted.

I said, "You know what I would do if I were you? I'd send a busboy two hundred feet to the grocery store next door and buy a half a dozen eggs. That might cost you a couple of bucks. You wouldn't have to throw away a waffle, I'd have an egg, and you would make me one happy customer. She said, "I can't do that."

I looked her square in the eyes and said, "We are never coming back. This egg just cost you $6,000."

And you will want to read on because the story doesn't end there. Todd and Deb don't just skip dinner and go home…but instead go elsewhere and discover what true customer service is really all about. It's a great lesson about how one little thing (like giving your customer an egg for their burger) can make a really big difference.