On 10/18/21 from 11pm - 6am 10/19/21 CST we'll be performing scheduled maintenance. During this time there could be reduced functionality on the website. Thank you for your patience. 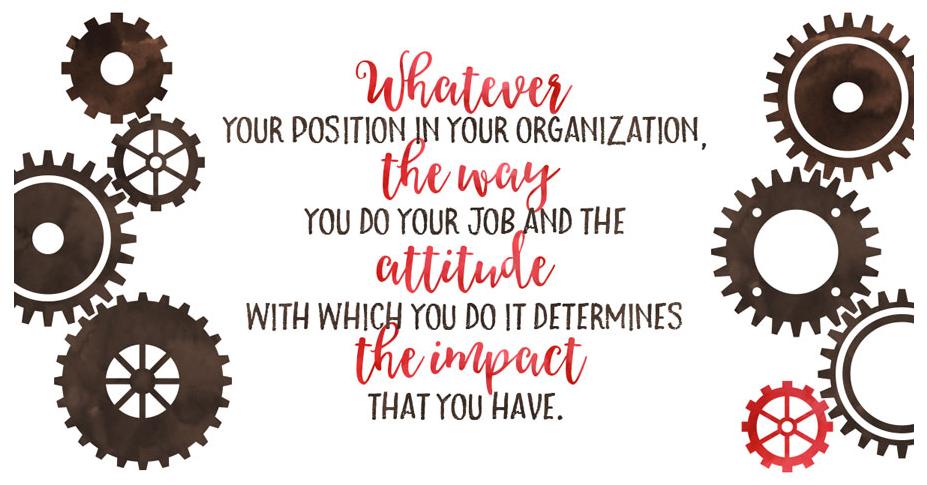 When your employees think of your leadership style, what do they see? Someone focused only on going up the organizational ladder? Or a servant leader…someone committed to serving both your customers and your employees?

Walt Disney was one of those leaders. In How to Be Like Walt, author Pat Williams recounts numerous examples of how Walt's servant leadership was just a part of who he was, including this one from actor Dean Jones:

A gardener at the Disney studio left some tools in an empty parking space. When a producer drove up and saw the tools in his space, he honked at the gardener and gave the poor man a chewing out. Walt walked up and interrupted the producer's tirade. "Hold it!" he said. "Don't you ever treat one of my employees like that! This man has been with me longer than you have, so you'd better be good to him!"

That was Walt. To his employees, he was not only a leader. He was their defender and their servant. That's what separates leaders from bosses.

Seeing a true servant leader in action can truly change your life. While I've had the good fortune to meet many successful businesspeople, authors and speakers during my career, I've never met anyone that "walked the talk" more than Ken Blanchard. Over the last 20 years, Ken has probably sold more books than any other business author. His classic, The One Minute Manager, has sold more than 10 million copies. He has also built a large training company with the focus on servant leadership and customer service.

While visiting him at his San Diego office, I learned that one of his employees who worked in the warehouse had recently passed away. Ken had invited the employee's wife to come to his office. When she arrived, he spent an hour walking around with her carrying a tape recorder to record all of the wonderful memories that other employees had of her husband. When the wife left, she said it was a day she'd never forget.

You see, what many leaders would have considered a waste of time, Ken saw as an opportunity to serve and to thank his people. He doesn't do it because it's expected of him; he does it because he truly cares. It comes from the heart, and his people love him for being the servant leader that he is.

May 23, 2017
13029 view(s)
Comments
J Garmon
"It comes from the heart..." This is a simple yet the plain truth about it! What's in the heart of us leaders, even those who try to serve the Lord with honor and respect? Our heart must be legitimate and that is why I should many time try to spend more time with it alone. There I should listen the heartbeats either of tirany or compassion.
Reply
Leave your comment
Categories
Recent Posts
All content and design copyright © Simple Truths 2021. All Rights Reserved. View our Privacy Policy and Terms of Use.