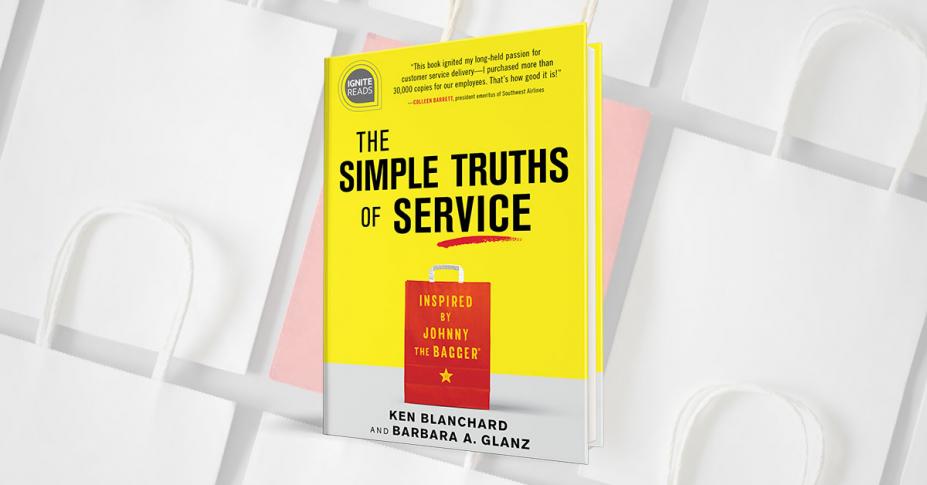 Businesses love to brag about their customer service. As a consumer, think about a recent customer service experience you have had. Was it something you would brag about? According to Forbes, while 80% of companies believe they deliver “super experiences,” only 8% of customers agree. This outcome has cost businesses more than $75 billion per year! Providing great customer service should be the cornerstone of any company; and yet, studies have consistently shown that businesses are not delivering.

Great service requires both creativity and a willingness to change. Here are three stories that show what great service looks like and what it can do for your customers and your business.

One day the ice maker in my mother’s refrigerator had a bad water leak. She called several appliance repair companies, but couldn’t get anyone to come out. Then she saw an ad that read “Same day service.” When she called, a friendly voice said, “We’d be happy to fix your refrigerator today, Mrs. Blanchard.” My mother was blown away. The polite repairman showed up later that day and fixed the leak at a reasonable cost. As he was leaving, he handed my happy mother a card and said, “Anytime you have a problem with this refrigerator, you give me a call.”

What do you think my mother was doing for the next three days? She was calling all her friends to tell them about the service she had received—and giving the man’s name and phone number to anyone who would listen. She had become a raving fan.


2. Great Service is a Choice.

My friend Harvey Mackay was waiting in line for a cab at the airport. When one pulled up, the first thing Harvey noticed was that it was polished to a bright shine. The smartly dressed cab driver jumped out, opened the back passenger door for Harvey, and said, “Hi! I’m Wally, your driver. While I’m loading your bags, please read my mission statement.” He handed Harvey a card that read:

Wally’s Mission Statement:
To get my customers to their destination in the quickest, safest,
and cheapest way possible in a friendly environment.

When Harvey sat down inside the cab, he noticed the inside was as spotlessly clean as the outside. “Would you like a cup of coffee? I have a thermos of regular and one of decaf,” said Wally as he slid into the driver’s seat. “If you’d like something to read, I have The Wall Street Journal, Time, and Sports Illustrated.” He then asked Harvey if he would like to have the air conditioning turned on, and offered to either tell Harvey about the city landmarks as they passed or, if he preferred, let him ride in silence.

Wally was phenomenal. He was running a limo service out of a taxi cab! I’ve probably told that story to more than 50 cab drivers over the years—but there were only two who took the idea and ran with it. And whenever I go to their cities, I give them a call.

3. Great Service Begins with Anyone.

When I travel, I often ask for a wake-up call. At most hotels, the call comes and you pick up the phone and nobody is there. Sometimes you get a recording. If you actually get a human being on the other end, you hardly know what to say.

So imagine my surprise when I was at a Marriott in Orlando and picked up the phone one morning and heard, “Good morning, Dr. Blanchard, this is Teresa. It’s seven o’clock! It’s going to be 75 degrees and beautiful in Orlando today—but your ticket says you’re leaving. Where are you going?”

Teresa paused and then said, “Oh no! The weather map says it’s going to be 40 degrees and raining in New York City today! Can’t you stay?”

Now where do you think I want to stay when I go to Orlando?

I’ve said for years that if you don’t take care of your customers, somebody else is waiting, ready, and willing to do it. The best competitive edge for a business isn’t their product or their price. It’s how they treat their customers.

Take action: Brainstorm new and creative ways to give your customers a service experience they will remember fondly.

Shop The Simple Truths of Service>>