The I in Team

All of our personalized gifts begin printing once your order is placed and require approximately 4 business days for processing. To help with your selection, delivered estimates include processing plus time in transit.

Your order will ship from a location in the US. On average, most customers will receive their gift in approximately 10–15 days once the order has shipped. 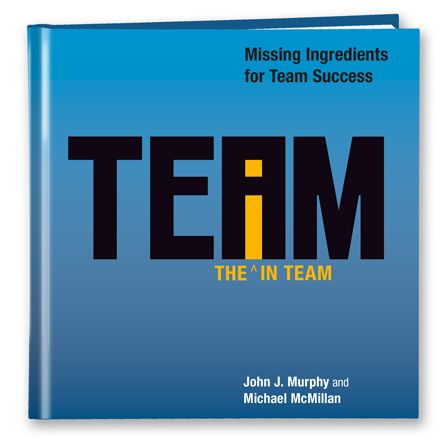 Cultivating high-performance teamwork is like growing a garden. We get out of it what we put into it.

The i in Team challenges common misperceptions about teamwork and exposes the critical ingredients missing from many of today’s teams, businesses, and organizations. Authors Michael McMillan and John J. Murphy show you how to experience a paradigm shift, transcending independent thinking and unleashing interdependent power. This book will show you how to tap the unique potential, inputs, and talents of the individuals on your team, while creating more intrigue, involvement, and interaction among team members.

In reading The i in Team, you’ll discover there is not only one “I” in team, there are many.

*All paperback orders will require 5 business days for processing before shipping.