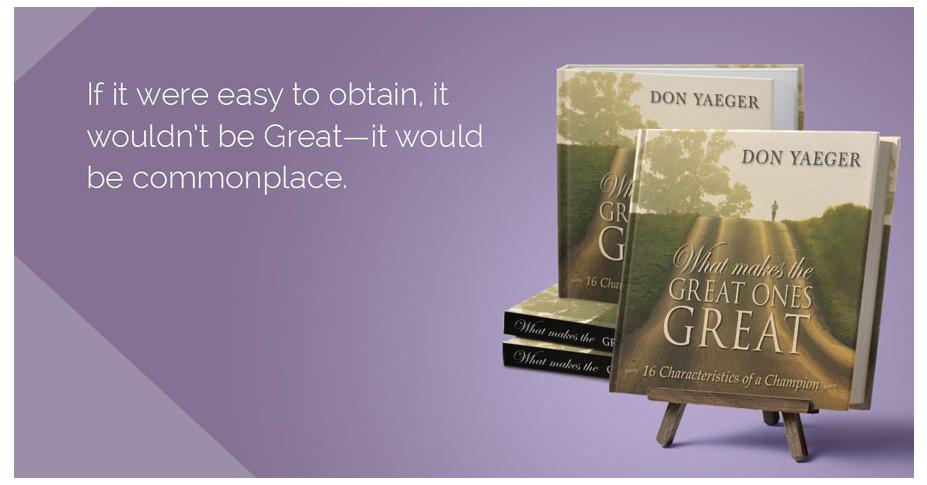 what makes the great ones great don yaeger

Don Yaeger has compiled sixteen characteristics of greatness that can be translated into anyone’s life. 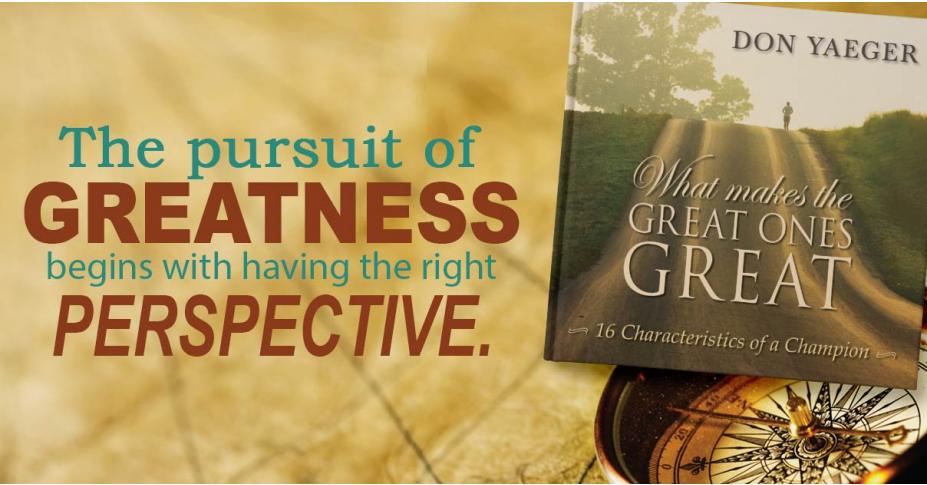 what makes the great ones great don yaeger

16 Characteristics of a Champion

How did Michael Jordan help lead his team to win six NBA championships? I was surprised to find out that when Michael joined the NBA, he was celebrated only as a high-flying dunker, making a mere 17 percent of his three-point shots! And early on in his career, the Chicago Bulls were consistently knocked off in the playoffs because of their apparent lack of teamwork. So what did Michael have to do, as a leader, to convert winning games into winning championships?