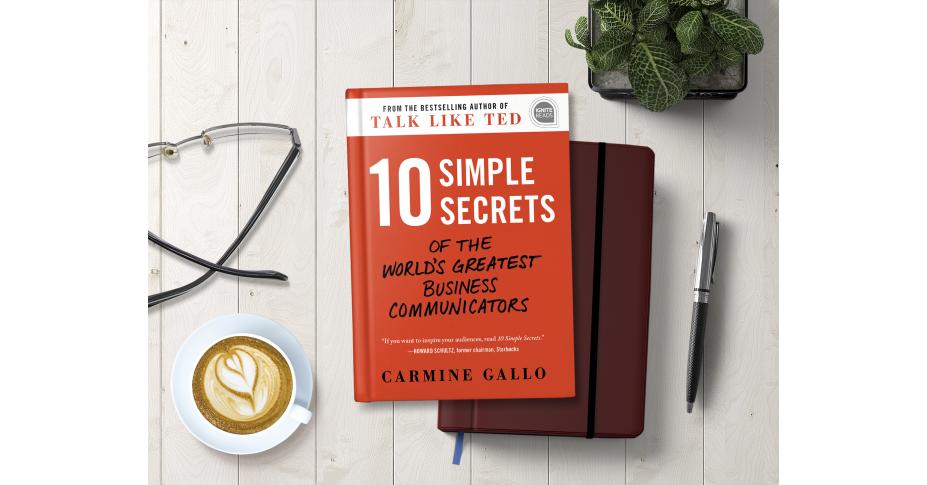 Believe You Belong - And You Will

In 10 Simple Secrets of the World’s Greatest Business Communicators, I save the best tip for last. Secret number ten is ‘Reinvent Yourself.’ It simply means that great communicators are made, not born. It could be the most important lesson of all.

If you don’t believe in your ability to improve as a speaker, to inspire and to electrify your audiences, I’m afraid the other communication strategies won’t do you much good. Here’s the good news—anyone can become a great speaker. Yes, it takes some people longer than others to get really good at it, but you can master the skill that is essential to elevating your success. In fact, people who have always been fairly comfortable at public speaking aren’t necessarily the ones who capture our hearts.

Great speakers make it look effortless because they put a lot of effort into making it great.

Let me offer a few examples from people who make an appearance in my book. Not one of these speakers was a ‘natural.’ Some had serious stage fright. But they all have a growth mindset, built their skills, and believed in their ability to reinvent themselves.

Warren Buffett
Warren Buffett’s most cherished degree isn’t his business school diploma; it’s a certificate from a Dale Carnegie public-speaking course. Buffett has acknowledged that he was “terrified” of public speaking early in his career. He knew he had to get comfortable in front of groups if he hoped to succeed as an investment advisor. Recently, Buffett has been asked by young people for life advice. Get really good at public-speaking, he always says. It can raise your career value by 50%, instantly, according to Buffett. When a billionaire offers advice, it pays to listen!

Arnold Schwarzenegger
I worked as a television news journalist before I made the transition to writing full-time. In 2003, CBS News invited me to cover Arnold Schwarzenegger’s political campaign and his first 100 days as California’s governor. I guess they thought a movie star would be filling his days with celebrity parties. When it became clear that Schwarzenegger was spending his time, well, governing, I got less time on the air. But what I learned changed my life and my career.

You see, I had a front-row seat to Schwarzenegger’s speeches, sometimes more than one a day. He delivered talks to a wide range of audiences: voters, students, and business leaders. I watched him take complex subjects and customize the language he used for different audiences so they could relate to him and understand the subject. It was an advanced master class in public-speaking.

Keep this in mind. Schwarzenegger came to the U.S. as a body builder who didn’t speak English very well. The studio hired an actor to provide the voice-over in one of Schwarzenegger’s early movies. However, he attacked the language barrier with the same razor-sharp focus he put into his sports career. In the mid-1990s, Schwarzenegger’s visibility as a political leader began to rise. Schwarzenegger knew that he had to become a better speaker in front of a live audience—not a movie camera. He began to seek out every opportunity to practice. Much as Ronald Reagan had done before him, Schwarzenegger gave speeches to every possible group, not only to share his ideas but to improve his speaking ability.

Schwarzenegger saw himself as someone very different than the movie-going public saw him. He reinvented himself to pursue that vision.

Barbara Corcoran
Shark Tank star Barbara Corcoran made a fortune in real estate. She turned a $1,000 loan into a multi-million-dollar empire. Today, Corcoran puts her money behind entrepreneurs who have a good idea and make a pitch on the hit show. Corcoran was once terrified of public speaking. Determined to grow and reinvent herself as a speaker, Corcoran volunteered to teach a real-estate course at a local junior college. It paid off in two ways. She grew more comfortable as a public speaker, and she met a woman who would go on to become one of Corcoran’s top salespeople.

When you change the way you see yourself as a speaker, the speaker your audience sees will change. Reinvent yourself. Believe you belong—and you will.

For the other 9 secrets, check out 10 Simple Secrets to the World's Greatest Business Communicators>>