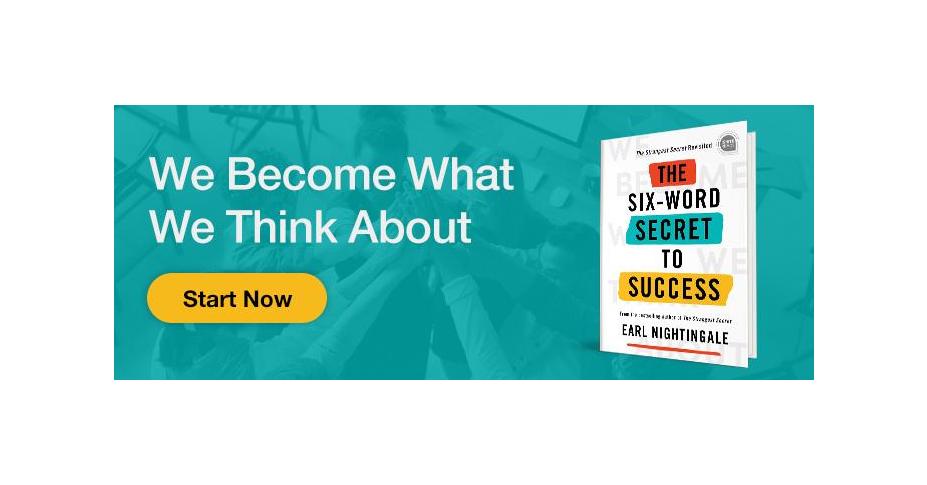 It’s been more than 65-years since Earl Nightingale wrote and recorded the message that put into motion a whole new way of thinking and directing one’s life; one that would place him on a path that would ultimately require the writing of more than 7,000 radio shows and more than 250 lengthy personal growth audio programs.

He used to say that if he had known how many messages he would write over his lifetime, it might well have discouraged him from ever beginning. As his wife, I don’t believe that for one moment because Earl was simply driven by spirit and the need to learn as much as he could about how to live life as successfully as possible and then to share it with others. This was a flame that burned brightly within him until his last day on earth.

Writing was as easy as breathing for Earl - he could put across a message that was complete and perfectly timed for a radio show or recording. However, he used to tell me that the one desire in his life that he had not yet achieved was to write a book – a book about himself and what he had learned on his journey from poverty to becoming a legend in the world. In short, a book he hoped that would encourage others to “stay with it” and push on until they achieved the dream.

It wasn’t until one morning in our home in Carmel, California, in the mid-nineteen eighties that he sat down at his typewriter and began to tell his story. His manuscript was accepted by the prestigious, Dodd-Meade Publishing Company, publishers of authors such as Agatha Christi, Winston Churchill, and Earnest Holmes, to mention just a few.

His book was awarded The Napoleon Hill Gold Medal for Literary Excellence, an honor that meant everything to Earl.

Earl Nightingale, passed away in 1989 just after he finished writing his second and final book – The Winner’s Notebook.