It Was Time for a Change 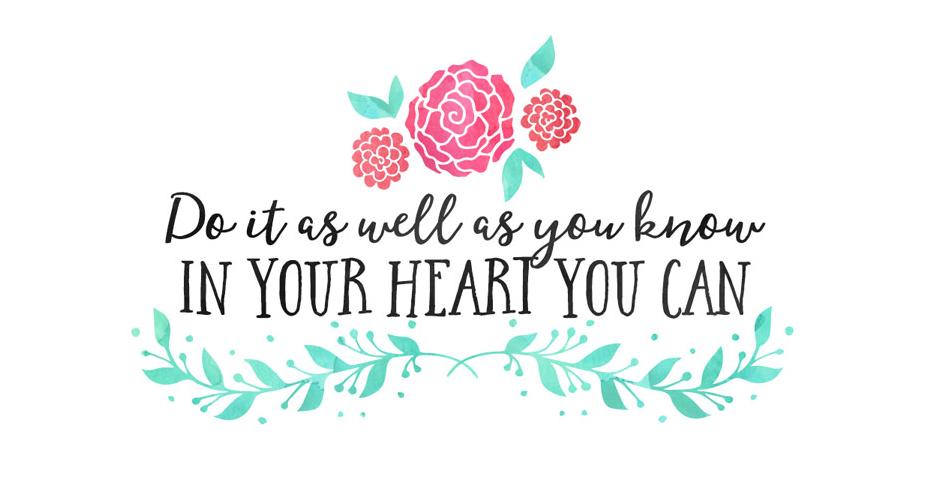 "Choose to Change Your Environment"
from One Choice
by Mac Anderson

Sometimes, you feel as though you're on the right path, but still your life is missing something. Perhaps it's your environment? Authors Rob and Melinda Blanchard share just such a story in their book, Changing Your Course: The 5-Step Guide to Getting the Life You Want:


Jim was passionate about his work, but he knew that something in his life had to change. It wasn't until he went home to visit his parents that he had an unexpected "aha!" moment and identified his problem. Jim grew up in a small town in Wisconsin and, after graduating college with a degree in art history, he landed a job with an advertising firm in New York. According to Jim, the people he worked with were kind, upstanding, and hardworking, but his life was all about work. He went back home to Wisconsin, and for the first time, took a look at his parents' very busy lives. It was clear to Jim, watching the many activities, in addition to their work, that filled their days. He longed to live a similar life back in New York.


During his visit to Wisconsin, Jim took a long walk through his hometown. He couldn't help comparing its leafy streets and graceful homes to the gritty streets of his Manhattan neighborhood. His loft building had a garbage truck company across the street, a UPS shipping terminal a few doors down, and a bunch of printing companies up and down the block. And as much as New York City had to offer, the one thing he most enjoyed was simply walking home from work and watching the sun set over the Hudson River. He realized during his visit back home how much he missed the natural beauty and calm that existed outside of the city.


It was time for a change.If Jim was going to do more thansimply survive his work week, he was going to have to make a move. He had no idea what that move would entail, but he knew something had to give. He enjoyed his career in advertising and wasn't sure how to make a change without starting from scratch. This is when Jim's research started. He began to look for alternatives to his life in New York. He made dozens of phone calls, explored nearby towns, spoke with real estate agents and did whatever he could to explore his options. Without doing that work, his dream of making a change would have had far less chance of becoming a reality.


In the end, Jim hit upon the perfect solution. He found an old house in upstate New York with wide pine floors and a thick stone foundation, and it was love at first sight. The house was in the tiny town of Kinderhook, which only has 1,300 residents, a small post office, one bank, a bookstore, and two cafes. After doing homework—investigating the cost of living, studying job opportunities, and speaking with as many local residents as he could—Jim decided to take the leap. He bought the house and started looking for a job near Kinderhook. He resigned from his prestigious position in the city and started selling advertising for a local newspaper near his wonderful new home in the country.


As we all know, life is filled with twists and turns. Once Jim had settled into his new community, he heard about a local advertising agency that was up for sale. With the help of a loan, he was able to raise the cash to buy it. Now Jim loves to tell people that the only traffic jams in his life are when a farmer drives his Holstein cattle down the road from one pasture to another. And he loves his little one-man agency. It provides him with both income and challenge. Most importantly, Jim tells us he has time to contribute to local projects that benefit the whole community. He's served on the board of directors of the Shaker Museum and Library and as a trustee for the Kinderhook Memorial Library. These activities allow him to connect with his community in ways that wouldn't have been possible when he was living and working in New York.


Jim didn't go through a complete life makeover. He examined the various elements of his life and realized that although he was doing something he enjoyed, his environment was causing more stress than he had ever anticipated. Jim's willingness to research a number of alternatives allowed him to shift from living with an unfocused sense of dissatisfaction to a life he truly loves. If he hadn't spent some time comparing his life in New York to his parents' life in Wisconsin, he would never have understood what he needed to do. And if he hadn't researched his options, he would never have made his move.