How To Get a Raise, Promotion, and Huge Network — and Have Fun Doing It 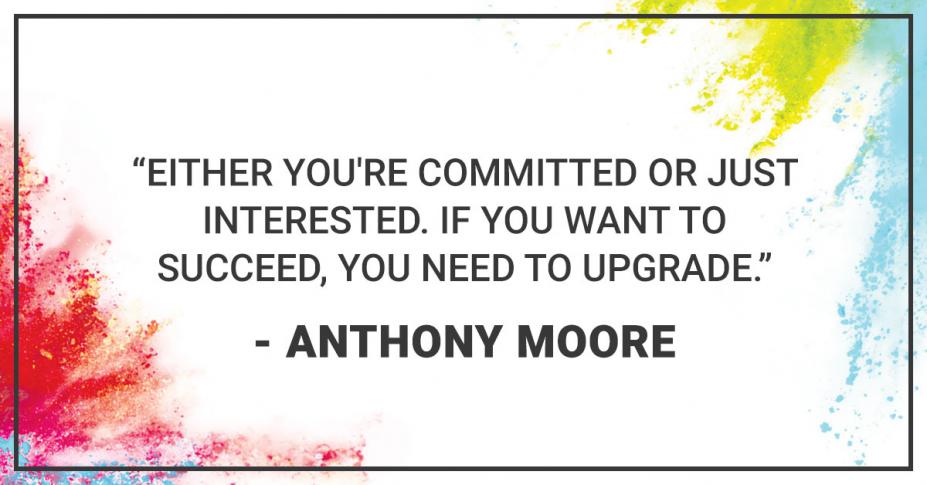 Years ago, I was working as a telemarketer. There were about 100 of us, all making 250+ calls a day to angry people, trying to get the sale.

But after 14 months of telemarketing, my 99 other coworkers were still stuck at their job. On the other hand, I was offered a high salary, a huge promotion, and an enormous network of top-tier company executives.

When I told people how I did it, they didn’t believe me. They thought I was making it up.

“No,” I insisted. “I’m telling you — I just bought coffee and lunch for anyone willing to sit down and chat with me about their job. And it worked.”

If you want to get a raise, promotion, or build your network — especially in your company — the secret is simple: informational interviews. Because once you start to build relationships with the higher-ups (something any employee can do, using this method), you can expect to move up quickly in the company while the rest of your coworkers look on with confusion, jealousy, and awe.

In the meantime — because frankly, just because you start meeting people doesn’t magically create job openings, these things take time — start asking people what skills you should be learning. Then, start practicing those things.

For me, I learned the Career Services department wanted leadership and project management skills. It was really hard to be motivated in my telemarketing job, and there were lots of committees, projects, and leadership roles I could’ve been doing. So, that’s where I started. I became a team lead. I helped with the Title IX committee. I offered to volunteer to help with the sexual harassment training program. Anything to learn the skills my new job would want.

As for raises and promotions, those come with the territory for new jobs. Still, I’ve had several high-stakes salary negotiations (the conversations that determine how much money you get), and the most helpful strategy I learned was simple: know your stuff, and know the people. If you can present who you are, the skills you learned for that exact role, and how that will benefit the company, the rest of the conversation swings heavily in your favor. Compare that with the random employee with the short resume who has no idea what the company wants.

In short: focus on learning and creating. It’s easy to take the minimum-amount-of-work road at your job — frankly, most people do. But spend your free time becoming the person your next job wants you to be. As Scott Adams, creator of Dilbert once wrote, “Every skill you acquire doubles your odds of success.”

I’m a soft-spoken introvert. I don’t excel at talking to new people. (Why do you think I’m writing this??) But I managed to build tight relationships with some of the most senior-level executives at my company, many of whom were 10-20 years older than me, which I used to get a huge raise, promotion, and great network I still use to this day.

Take the first step — send an email to the person in your company you want to meet. Start with the people/department you want to work with. They’re going to be the key to finding the shortcut past all the job postings, hiring managers, and timetables.

I used to work at an online university. I wanted to switch from telemarketing to Career Services. So I began systematically reaching out to every single employee in that department. I took over a dozen of them out to coffee and lunch. By the 8th or 9th person, I began hearing the same thing: “I’ve heard about you. It’s Anthony, right? You took Sharon out to lunch!” They were talking about me. And guess who’s name came up when the new job opened?

The truth is, this is fun. It’s not about all work-related stuff — my coworkers-to-be and I talked about sports, current events, hobbies, anything fun. People are going to pick the nice guy who bought them lunch instead of the other just-as-qualified guy 9 times out of 10. Build relationships, and have fun doing it.

For more on living your best life, check out What Extraordinary People Know>>