Did FOMO Survive the Pandemic? 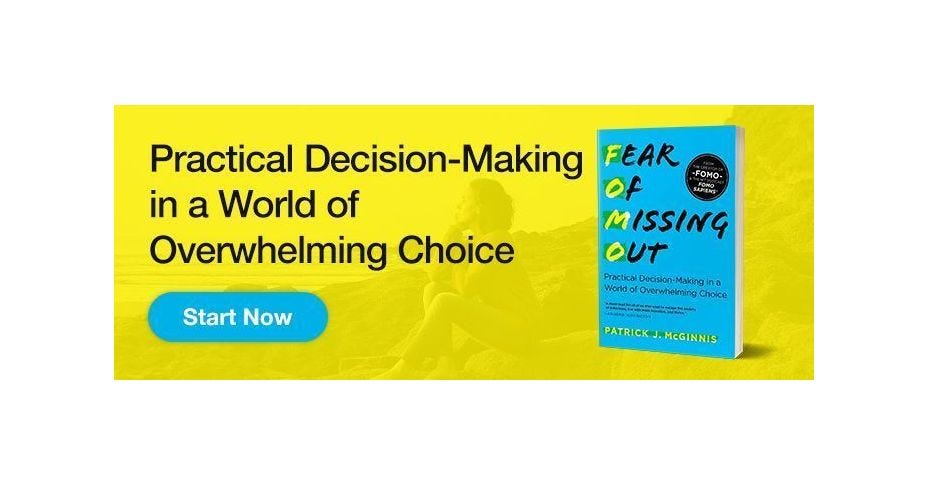 At the onset of the pandemic, a post popped up on my Twitter feed that read: “Guess #FOMO isn’t a thing anymore?”

I knew that question was coming. At a time when we were called upon to stay at home to help arrest the spread of the coronavirus, I’d been spending a lot of time wondering what all of that means for FOMO.

Let me explain. Even before I was confined to my New York apartment for days on end, I spent a lot of time thinking about FOMO. I coined the term in the early 2000s when I was a student at Harvard Business School. I host a podcast called FOMO Sapiens. My book is called Fear of Missing Out: Practical Decision Making in a World of Overwhelming Choice.

So, I had plenty of reasons to consider whether there truly can be a world without FOMO.

The answer is no.

You can blame biology. Although the acronym to describe them is new, the impulses behind FOMO are not. From a neurobiological point of view, humans are hard-wired for it. Our earliest ancestors were hunter-gatherers that lived in tribes and were aware of what they had - and what they didn’t have but needed - to live another day. Back then, it paid to be paranoid. If you were wandering around with your fellow hominids and you missed out on a crucial source of food, water, or shelter, all of your lives could be in peril.

These impulses remain in our collective psyche today. That’s why so many people panic shopped for hand sanitizer and toilet paper the minute they heard supplies were running out.  It’s also why people were paying $10 for that elusive N95 mask that cost a dollar or two just a few weeks before.

At the same time, the early humans recognized that another driver of their survival was their continued participation in the very groups that helped them to navigate the harsh environment of the time. If you were cast out of the group, you were in danger. You knew that you needed to run in a pack to prevail in the survival of the fittest. This desire to be part of the group, to be social, is what makes social distancing, even when our lives depend on it, so hard on all of us.  We are built to run in packs.

That’s I have always known that FOMO is here to stay because feeling FOMO is part of what it means to be human. Before the internet, these feelings were easier to control. Our parents’ and grandparents’ lives were simpler, less connected, and less ego expressive. Today, we are highly connected, both with our friends and with influencers we’ve never even met. Even when you know that everyone from your best friend to Selena Gomez curates their digital lives, it’s hard to avoid comparing yourself to these unbeatable benchmarks, real or imagined. It makes us want to do more, be more, and never miss out.

So, now that we know FOMO is inescapable, what should we do about it?  The first thing – which you can do right now – is acknowledge how and when you feel FOMO and then ask yourself fa simple question – what is triggering these feelings? I would be a website, a friend, a conversation, or an app.  Each of us feels FOMO at different times and our triggers can be very similar or wildly different.  But they are our triggers.  We must identify them, accept them, and own then.  When we do, then we can make a plan to eliminate them.  You can erase an app from you phone, limit use, or move it to a folder on the second page.  You can unfriend that person who is constantly bragging.  And you can ask critical questions about the things that trigger you FOMO to ask yourself a simple question:  why do I feel this way?  That is the first step to figuring out how to overcome FOMO.  It’s a process, a daily practice, that can be tremendously powerful.

If there’s one thing I have learned in the past few years it’s that FOMO is inescapable.  But I have also learned something even more important – it can be controlled.  And the time to start that process is right now.  Don’t miss out.

- Patrick J. McGinnis, author of Fear of Missing Out