A Leadership Lesson from Southwest Airlines 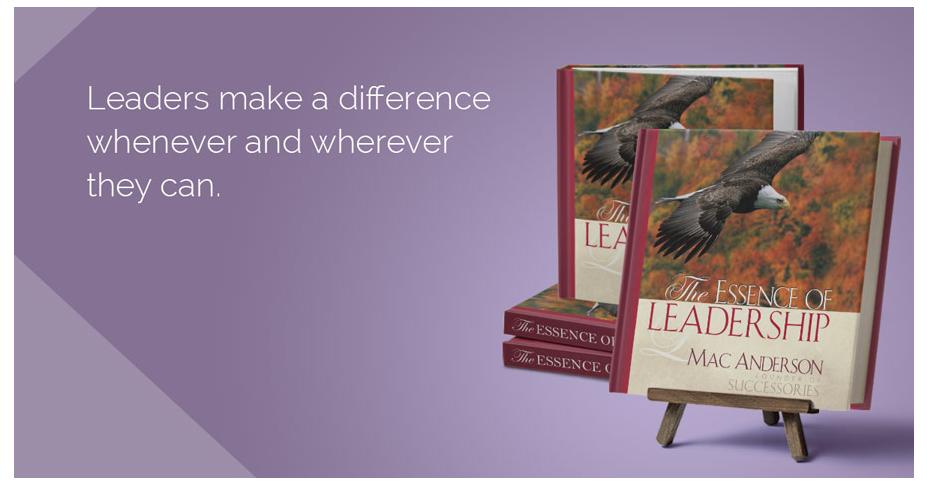 the essence of leadership mac anderson
No comments

A Leadership Lesson from Southwest Airlines

Southwest Airlines was founded in 1974 by Herb Kelleher with the simple goal of focusing on two things: hiring the best people and offering the best prices. His start-up airline has become legendary in the airline industry. Thirty years later, the market value of Southwest Airlines is now worth more than the next five airlines combined. I fly Southwest occasionally, and when someone mentions the name, I immediately think of enthusiastic employees who make work fun…fun for their customers, and fun for themselves. Of course, I'm not suggesting that having fun is the only reason for their success. They've made many other right decisions along the way. However, by building a culture around having fun and respecting one another, they have been able to attract great people who love serving their customers.

Not long ago, I flew Southwest and the flight attendant announced, "I'm pleased to say we have a 99-year-old gentleman on board today. He's celebrating his birthday and this is the first time he's ever flown." Well, as you might imagine a light round of applause broke out. Then she said, "On the way out stop by the cockpit and wish him happy birthday." The cabin exploded with laughter.

Dan Zadra, the president of Compendium, is a friend of mine. He has his own theory about Southwest that came straight from Sheila, a flight attendant who he met on a trip from Seattle to Phoenix. Dan watched Sheila move with boundless energy to calm a crying child, plump an old man's pillow, trade jokes with the passengers, and answer questions in English, Spanish, and Japanese.

At one point, Sheila spilled an apron full of pretzels in the aisle, and Dan instinctively moved to help her. She said, "That's okay, Dan, it's my turn." Dan then said, "How did you know my name, and what do you mean it's your turn? I haven't done anything yet."

Sheila smiled and answered, "I saw your name when I took your ticket. I always try to remember my passengers' names. It's polite. And taking turns is something I live by. I believe we all take turns serving each other in life. Right now, it's my turn to serve you, and I want you to really enjoy yourself on my flight. Someday, you may have the chance to serve me or my daughter or my dad. And when it's your turn I'm sure you'll do a great job."

Success doesn't happen by accident. It starts with an unwavering commitment from the leaders to build a dedicated team of passionate people who serve their boss…THE CUSTOMER.

Shop The Essence of Leadership >>